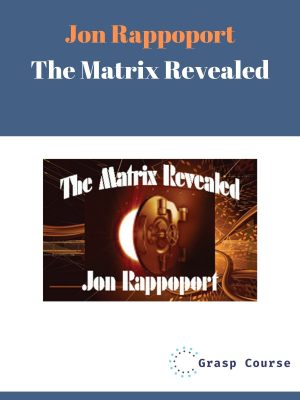 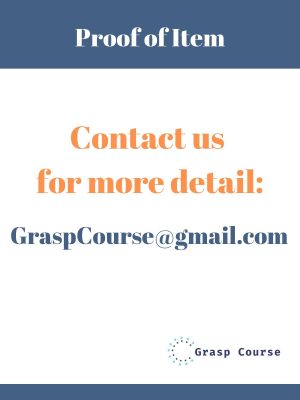 Let me start with the nuts and bolts of this product. It is enormous in scope and size.

The 2 bonuses alone are rather extraordinary:

(Bonus 1) My complete 18-lesson course, LOGIC AND ANALYSIS, which includes the written teacher’s manual and a audio to guide you. I was previously selling the course for $375. This is a new way to teach logic, the subject that has been missing from schools for decades.

(Bonus 2) The complete text (331 pages) of AIDS INC., the book that exposed a conspiracy of scientific fraud deep within the medical research establishment. The book has become a sought-after item, since its publication in 1988. It contains material about viruses, medical testing, and the invention of disease that is, now and in the future, vital to our understanding of phony epidemics arising in our midst. I assure you, the revelations in the book will surprise you; they cut much deeper and are more subtle than “virus made in a lab” scenarios.

The heart and soul of this product are the text interviews I conducted with Matrix-insiders, who have first-hand knowledge of how the major illusions of our world are put together:

EILLIS MEDAVOY, master of PR, propaganda, and deception, who worked for key controllers in the medical and political arenas. 28 interviews, 290 pages.

RICHARD BELL, financial analyst and trader, whose profound grasp of market manipulation and economic-rigging is formidable, to say the least. 16 interviews, 132 pages.

JACK TRUE, the most creative hypnotherapist on the face of the planet. Jack’s anti-Matrix understanding of the mind and how to liberate it is unparalleled. His insights are unique, staggering. 43 interviews, 320 pages.

Then there are several more interviews with brilliant analysts of the Matrix, including recent conversations. 53 pages.

The ten and a half hours of mp3 audio are my solo presentation, based on these interviews and my own research. Title: The Multi-Dimensional Planetary Chessboard—The Matrix Vs. the Un-Conditioning of the Individual.

Here is some background on the product and my own history:

In 2001, I essentially left a career as an investigative reporter and rolled the dice on the emerging internet.

I didn’t stop investigating and publishing, but my field of operation widened. My first big question was: WHO REALLY RUNS THE WORLD?

And my second was: WHOEVER THEY ARE, HOW DO THEY MANUFACTURE REALITY FOR THE POPULATION OF EARTH?

I was prepared to deal with these enormous questions, because I had contacts. These were people I had come to know well during my days as a reporter, writing for LA Weekly and other newspapers and magazines in the US and Europe—and also during a stint on radio at KPFK in Los Angeles.

These people, these contacts, were insiders.

They had deep knowledge in their fields:

There was a catch. They were unwilling to be cited as on-the-record sources in my articles. They knew they would suffer consequences if they went public.

When I was sure, I began to interview them.

I wasn’t certain where all this would go.

Gradually, I realized I was getting VERY high-level information on The Matrix. But this was the real Matrix.

As one of my sources described it:

“Imagine a factory that turns out illusions. And these illusions are woven together to make up what we think the world is.”

I started a members-only newsletter, and word quickly spread. Every Friday, I would email a newsletter to subscribers. Many of these newsletters were interviews with my insiders.

It was quite a job, keeping up with writing (public) daily articles for my site and also putting out the (private) newsletter. I was also collating the high-level information from my sources and making maps of the expanding territory.

I saw that I was looking at global CARTELS. As you will discover in reading this material, these cartels are not frozen organizations. They are evolving.

So now I’ve had some very competent assistance, and I’ve assembled the most important newsletter-interviews for you.

But in addition to that, I’m publishing, for the first time, interviews that never made it into those newsletters. And I’m presenting interviews from very recent days as well.

It’s very instructive to talk to people who have been there on the inside. They are bright, they are informative, they convey the depth of situations they were involved with. They go beyond relaying dry facts, and in doing so, you learn how elite players play the game. You receive a rounded and three-dimensional picture of: the process of constructing The Matrix. How it’s built.

In every case, each insider was relieved to be able to talk with utter frankness, with no fear that his words would be twisted or taken out of context or deleted. So you’re getting the full story.

I met my first two insiders while I was writing my first book, AIDS INC., SCANDAL OF THE CENTURY, in 1987-88. The book was my initial experience in putting together a vast amount of data—which contradicted every official position on a supposedly rock-hard subject: medical science.

At the time, I didn’t really understand how deep I was drilling down into a cardinal aspect of The Matrix. I only knew I was digging up and exposing long-held delusions broadcast as facts by the Medical Cartel. These false realities went far beyond the subject of AIDS.

That first book of mine started as a pure lark. I had just published a piece in LA Weekly about certain televangelists and their support of an intentionally staged Armageddon in Israel. When the piece was published, I sat back and thought, “Where do I go from here? What could be weirder than this?”

Like other investigative reporters, I was excited by strange and bizarre stories that could blow readers’ minds. I was motivated by that.

So, in 1987, I wondered what could be stranger than the Armageddon story I had just done.

Sitting in my Los Angeles studio, a thought popped into my head. “AIDS. I bet there’s something about that whole thing that’s pretty weird.”

Little did I know…

That was my first big leap.

I had studied logic extensively in college. I had been taught by a philosophy professor who was a very generous soul and a relentless thinker. If you were an inch from accuracy, he would point it out, and he would give you the full reason and understanding that pulled you back to the straight and narrow.

Once I dove into research for AIDS INC., I was amazed at the sloppy thinking and contradiction that was posing as science.

And then I met my first two insiders.

Their basic message to me was: keep going; you’re on the right track; we have a great deal more to share with you.

They were talking about the whole construction of reality from a number of angles.

Each of the insiders I have gotten to know over the subsequent years has a different personal story. They have all left their particular corner of The Matrix-Construction Group. Jack True, my late friend and colleague, was a different man altogether. He was never part of that Group. He was the most informed and brilliant researcher I’ve ever come across on the subject of the mind—the essential link that makes The Matrix work.

Jack started the ball rolling. He was instrumental in making the deal that got AIDS INC published. He introduced me to a few key figures along the way—insiders who proved invaluable.

This Volume is for individuals.

Beyond The Matrix is true individual power.

Despite all the illusions, it has always been there.

It waits for you.

And it IS your power.

* After payment, we will send you a link to access and download the course anytime you want.

* We just refund you in case of:

(1) Item is not as described

(2) Item doesn’t work the way it should

(3) Item support is promised but not provided

GRASP COURSE – Partners For Your Success 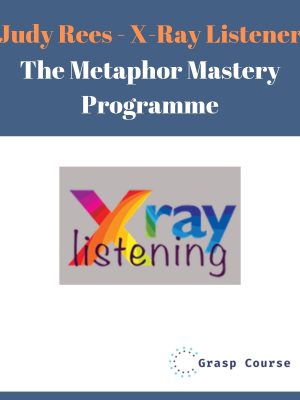 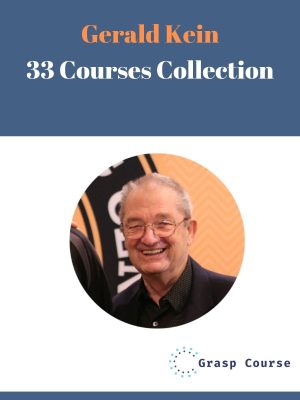 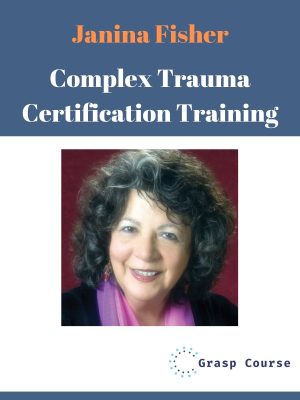 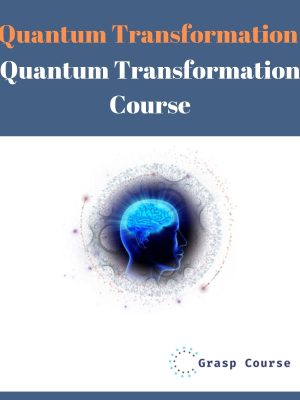 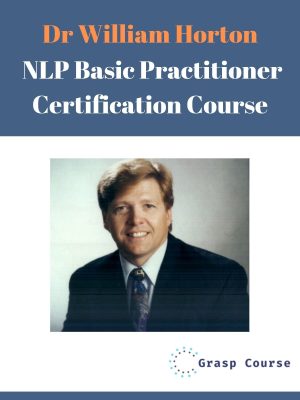 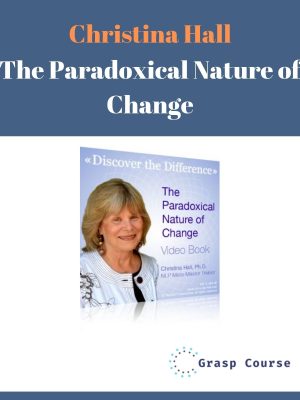 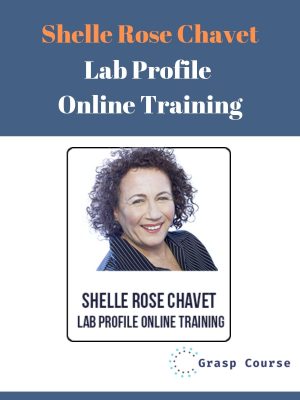 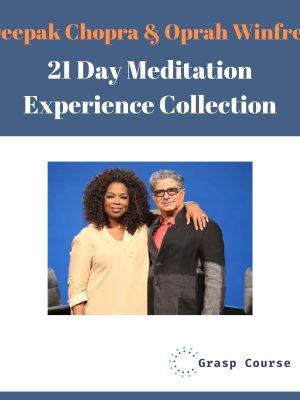