All audios downloaded from the releasetechnique website prior to access being removed to these files. They were originally intended for use of graduates of the “Final Step Retreat” in the Monterey Peninsula March 1-7 2009 All audios downloaded from the releasetechnique website prior to access being removed to these files. They were originally intended for use of graduates of the “Final Step Retreat” in the Monterey Peninsula March 1-7 2009, and are otherwise unavialable for purchase. See http://www.releasetechnique.com/final-step-retreat-march-2009 for details.

All files which do not state the name of the RT facilitator on them are carried out by Larry Crane himself.

Unfortunately, some of these files may seem as though they cut out abruptly at the end of them, this could not be helped as these were the only audio files available on the RT site.

I sincerely hope you enjoy this set of recordings.

Medicine is the science and practice of establishing the diagnosis, prognosis, treatment, and prevention of disease.
Medicine encompasses a variety of health care practices evolved to maintain and restore health by the prevention and treatment of illness.
Contemporary medicine applies biomedical sciences, biomedical research, genetics, and medical technology to diagnose, treat, and prevent injury and disease,
typically through pharmaceuticals or surgery, but also through therapies as diverse as psychotherapy, external splints and traction, medical devices, biologics, and ionizing radiation, amongst others.

Medicine has been around for thousands of years, during most of which it was an art (an area of skill and knowledge) frequently having connections to the religious and
philosophical beliefs of local culture. For example, a medicine man would apply herbs and say prayers for healing, or an ancient philosopher and physician would apply bloodletting according to the theories of humorism.
In recent centuries, since the advent of modern science, most medicine has become a combination of art and science (bth basic and applied, under the umbrella of medical science).
While stitching technique for sutures is an art learned through practice, the knowledge of what happens at the cellular and molecular level in the tissues being stitched arises through science.

Kate Freeman – Heart Of Releasing – Go all the way

Kate Freeman – Heart Of Releasing – A Conversation About Our Differences 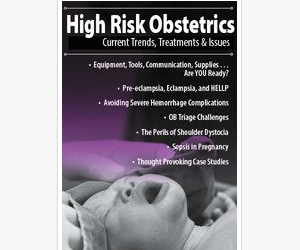